Have you been victimized by gender discrimination?

In California employers are allowed to dismiss, or discipline an employee at any time and for any reason. However, California law does not permit an employer 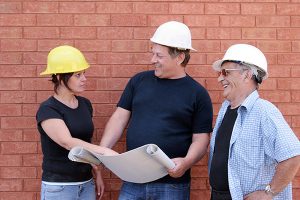 from terminating or disciplining an employee for an illegal reason. Examples of illegal conduct would include retaliation, and discrimination because of the employee’s race, gender, national origin, disability, religion, genetic information, or age (if the person is at least 40 years old). Gender discrimination, in particular, is a significant problem in California.

Gender discrimination is the action of treating someone unfavorably based on the sex of the individual. Discrimination is often shown by conduct and statements such as the denial of a job, wrongful termination of employment, or a change in the terms or conditions of employment (wages, hours, bonuses and job assignments).

To successfully win discrimination lawsuits, it now takes diligent and detailed compilation of evidence showing a pattern of conduct to persuade the courts that labor laws have been violated. Yedidsion Law Group understands the difficulty in proving these cases and has assembled a crack team of legal professionals to handle every aspect of preparing these cases. Having a top gender discrimination attorney in Los Angeles leading this team has resulted in meaningful compensation for the many clients they have helped over the years. Many times, employers settle the claim out of court upon seeing the strong cases that our team assembles.

Are you experiencing gender discrimination?

Gender discrimination is usually very subtle. If you are frustrated because you are not given opportunities for promotion and you suspect it is because of your gender you should consult one of our attorneys for an opinion. There are many indirect ways that gender discrimination occurs.

Companies that refuse to allow women to work in environments requiring heavy lifting ‘for their own protection’ are violating the law. Attitudes that men will be more aggressive in sales positions which result in women being refused these jobs is another example of discriminatory behavior. Women who are bypassed for positions that require travelling because it is assumed they won’t want to leave their children is gender discrimination. Any assumption that a job cannot be competently done simply because of gender is almost always discrimination. Refusing to hire or promote women who have children has been a long-standing area of gender discrimination that continues to exist. Men have rarely been denied employment or promotion because they have children, even when they are single parents.

The attorneys at Yedidsion Law Group have represented hundreds of clients who have endured gender discrimination of every type. They are considered among the top discrimination lawyers in Los Angeles due to their forceful challenge of corporate gender bias

Gender discrimination also, comprises unlawful harassment of individual due to their sex. Harassment can include “sexual harassment” or unwelcome sexual advances, requests for sexual favors, and other verbal or physical harassment of a sexual nature. Harassment does not have to be of a sexual nature, however, and can include offensive remarks about a person’s sex. For example, it is illegal to harass a woman by making offensive comments about women in general. Both victim and the harasser can be either a woman or a man, and the victim and harasser can be the same sex.

If you are working in an environment where you are being bypassed for promotion, sexually harassed, or being paid less than your male colleagues for the same work, then you owe it to yourself to fight this abuse. Retain a powerful gender discrimination attorney at Los Angeles law firm Yedidsion Law Group to enforce your right to equality in the workplace. There are administrative procedures that must be completed in a timely manner, so don’t hesitate to call us at 310-277-4277 to set up your appointment.

At Yedidsion Law Group, our lawyers in Los Angeles work diligently with our clients to achieve the maximum settlement while protecting your legal interests every step of the way. Let us evaluate your case today, at no charge.